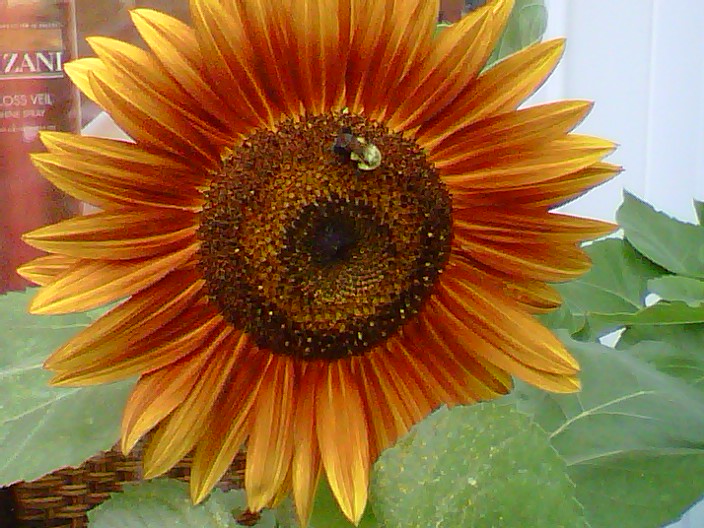 Life, Growth, and Connection (This sunflower was nourished by my hands.) 2010; Photography by Benita Blocker. Please become a follower of this blog.

The Power of Hair: Deal or no Deal 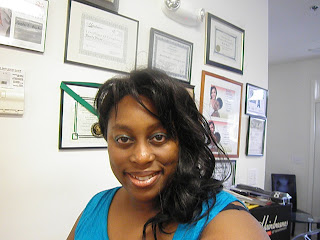 This "long hair look" took me down memory lane after I noticed the number of extra stares that I received on my day off. I even had one gentleman to say that he could not believe that no one had come along and just scooped me up. Now, I remind you that I am still not fitting back into my size 6 (six) pantsuits. I am still amazed how men can go "crazy" about "hair" despite a woman's full figure.
I specifically remember meeting a particular guy at a networking function several years ago. I was wearing a "fresh out the pack" half wig that blended very nicely with my own hair in front. Well this particular guy approached me and began conversation. He was intrigued with how beautiful my hair was. He even asked to touch it. I said "sure." He just ran his fingers through my hair ends (reality check: the ends of the long half wig). He just melted. He was in love with my hair. I was happy that I wore my "new" piece that evening. So I passed the "touch" test, and we then slipped away to the "happy hour" bar scene. We talked for about two hours, and he complimented me on my hair about four more times during the two hour conversation. He then walked me to my car.
At this point, I was mentally at war over the hair topic. Should I tell him that I had "help" to achieve my hairstyle or just let him keep thinking that it is all "home grown." Well, since I was getting the vibe that he was purely a "hair man" - I decided to tell him "this was not all my hair." His response in a nutshell was: "are you baldheaded?" Of course, the answer was "no." And I never heard from him again - "The jerk." Smile.
I can happily say that I made the best decision based on our prior two hour conversation. He had some growing up to do. He was very self-centered. I was not fond of how he talked negatively about his "baby mama" etc. Should I say more? In my mind, I think that I was looking for an excuse to get rid of him as well. He was physically attractive, but the conversation was barely tolerable. It all worked out for the best. It was a little traumatizing to have wasted two hours, but that is better than wasting two more dates. Smile.
Nonetheless, hair is a very powerful thing. Natural looking long hair can lure more men than you could ever imagine . . .
Posted by Benita Blocker at 5:34 PM